Build a major genomics resource on the continent to help breeders and conservationists. 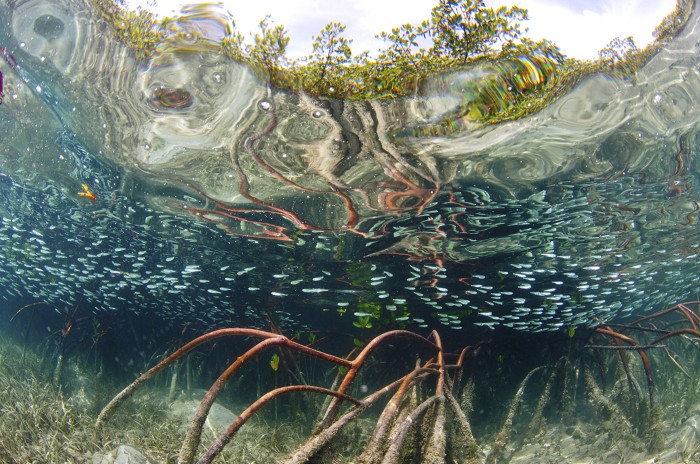 The red mangrove tree is indigenous to Africa and is being sequenced as part of the African BioGenome pilot project. Credit: Shane Gross/Nature Picture Library

Sleeper fish (Bostrychus africanus) are a staple food in West Africa. Harvesting them provides an important source of income for hundreds of communities across the Gulf of Guinea in the Atlantic Ocean. Yet little is known about the genetics of this fish — information that is crucial to safeguarding its genetic diversity, and to enhancing its resilience in the face of climate change and other pressures.

This situation is all too familiar across Africa. Consider orphan crops, which have a crucial role in regional food security, even though they are not typically traded internationally. More than 50% of these have not had their genomes sequenced — from the fluted pumpkin (Telfairia occidentalis) to the marama bean (Tylosema esculentum). The same is true of more than 95% of the continent’s known endangered species (see ‘Africa’s neglected genomes’).

What’s more, by our estimate, around 70% of the 35 or so projects that have focused on studying, conserving or improving biological diversity in Africa over the past 15 years have been led from outside the continent. In fact, among the plant genomes sequenced globally over the past 20 years, almost all of the African species were sequenced elsewhere — mainly in the United States, China and Europe1. This offshoring slows down the much-needed building of expertise and resources in genomics and bioinformatics in Africa (see ‘Africa left out of global genomics efforts’).

The African BioGenome Project (AfricaBP) is an effort to sequence the genomes of 105,000 endemic species: plants, animals, fungi, protists and other eukaryotes. It currently involves 109 African scientists (87 of whom work in Africa) and 22 African organizations.

This store of reference genomes — built in Africa, for Africa — will help plant and animal breeders to produce resilient and sustainable food systems. It will inform biodiversity conservation across the continent. And it will strengthen Africa’s ability to deliver on the goals of the post-2020 global biodiversity framework of the Convention on Biodiversity (CBD). These goals, one of which is to maintain at least 90% of genetic diversity for all known species by 2030, are to be agreed on next month at a meeting in Kunming, China.